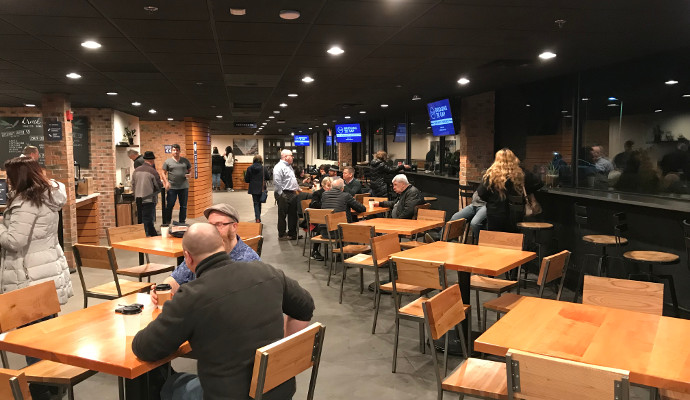 The fellowship association of churches known as Calvary Chapel got its start in Southern California in the 1960s and was at the centre of the late ’60s Jesus Movement. By the mid-1980s, the fellowship had expanded nationwide, and California pastor Lloyd Pullen moved to Old Bridge, New Jersey, to establish a Calvary Chapel there.

The congregation recently upgraded the café and lobby areas with a new sound system designed and installed by CCI Solutions of Washington, which determined that the variety of events hosted in the café could best be accommodated by installing a pair of Dante-networked audio wall plates from Attero Tech.

“Throughout the week, the church holds small events in the café that might require only a single microphone and a laptop or smartphone,” explained CCI Solutions Project Lead and Director of Design and Engineering Todd Gathany.

“The idea was to enable them to come in and plug a dynamic microphone and any other equipment they needed into a local panel right there in the café or go wireless and use Bluetooth from a phone.” 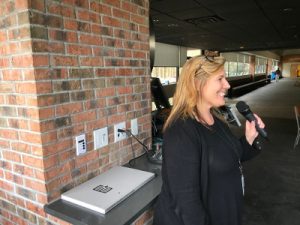 The panels send the input signals (and receive output signals) via Dante to a Symetrix Radius 12×8 EX DSP that performs routing and signal processing for the system. The Radius EX processor can be controlled from a Symetrix ARC-2e menu-driven remote control wall panel in the café that enables volume changes and source selection between the Attero Tech panel and the signal from the sanctuary, which is the default source for the café sound system. 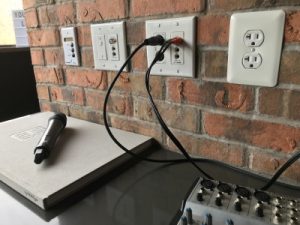 When an event in the café draws a larger-than-anticipated crowd, the ARC-2e enables audio to be routed to the lobby for an overflow audience, or even to the exterior of the building, a capability recently used to route announcements for a walkathon that took place outside the building. A second ARC-2e located in a sound booth is programmed with presets for routing audio through the entire facility.

If an unexpected application arises, the Calvary Old Bridge’s Technical Director can access the Radius EX from a phone or other device using Symetrix’s ARC-WEB virtual user interface software, and access more advanced functions as needed for the situation. Sound is played in the café through Martin Audio C4.8T ceiling mounted, two-way vented loudspeakers, while the lobby and building exterior are covered by Martin Audio CDD6 ultra-compact coaxial differential dispersion systems.

For a project like Calvary Old Bridge, CCI Solutions finds the Attero Tech panels a convenient tool for getting signals on and off the network. “Attero Tech is a product we look to when we build out a robust Dante presence on a campus,” confirmed Gathany.

“It’s a nice product we can drop anywhere on the network and quickly integrate. It’s always reliable and does what it’s supposed to, and the Symetrix integration is pretty seamless.”

In fact, “seamless” is a good word to describe the addition of the new audio system at Calvary Old Bridge, according to Gathany. “We’ve had very positive response from the church and we look forward to working on more projects with them,” he concluded. 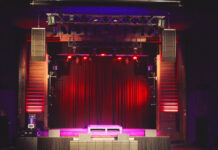 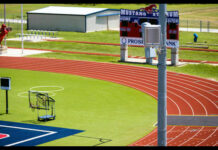 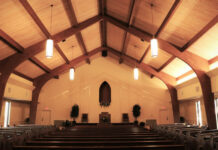