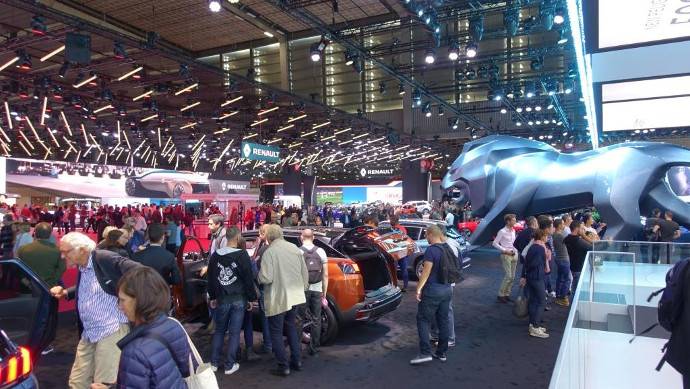 As part of the Viparis group of event sites, the Paris Expo Porte de Versailles exhibition park is the largest in France and hosts over 120 trade-shows including some of the French capital’s most prestigious occasions, such as the Paris Motor Show, the Foire de Paris, the International Agriculture Show, Viva Technology and Who’s Next to name a few.

With such a diverse and high-profile array of exhibitions to cater for, the venue’s sound system needed to be of an equally high standard.

When the venue’s largest pavilion – the 7,000 sqm Hall 1 – required an audio upgrade, APG’s Uniline Compact was chosen as the key component to achieve pristine sound.

The audio system in the venue was specified as a result of an electro-acoustic study undertaken by LM Ingénierie Audiovisuel (LMI AV), while the equipment itself was supplied and integrated by Belgian company Inytium. 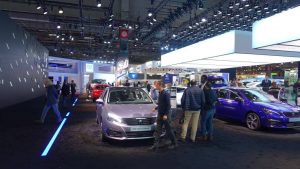 Hoël-Bâcle said: “Our diagnostic work began with an audit of the existing setup in Hall 1, which consisted of an acoustic (noise and reverberation time) and electroacoustic (sound pressure level and intelligibility) measurement process.

“Following this diagnosis, we created a calibrated digital acoustic model, allowing us to propose what we deemed to be the best possible solutions. This modelling approach allowed us to differentiate ourselves and explore both the technical and financial requirements of the project.”

The system had to be discrete, but still be able to guarantee a high level of intelligibility with regard to the acoustics of the rooms, as well as a sufficient level of musicality when necessary.

To achieve this, the team specified 48 boxes of APG UC206W, to be arranged in 12 clusters of four speakers. Hoël-Bâcle explained:

“The Uniline Compact is perfectly suited for this kind of installation, not to mention the impressive price / performance ratio.”

Added Inytium’s project manager Xavier Goffin: “The Uniline Compact boasts a number of advantages that were critical to the success of this integration, including its light weight and compact dimensions, along with the excellent level of intelligibility, not to mention the performances of the system which helped us to achieve a homogeneous result all across the venue.”

This system was complemented by 12 x Ray-On column speakers from APG’s sister company Active Audio, which are to be used primarily as a VA and evacuation voice message system.

“The Uniline Compact system is able to combat this in a number of ways, including its outstanding control of the acoustic opening throughout the entire frequency spectrum.

“The box also features a 3-way acoustic speaker, which is well-suited to music at low frequencies, and a speaker dedicated to the medium bandwidth, so high definition sound can be achieved in the vocal spectrum.”

He added: “Between LM Ingénierie Audiovisuel’s study and Inytium’s integration, the results achieved have surpassed everyone’s expectations regarding the acoustics and the characteristics of the room.”

Hoël-Bâcle went on to explain the technicalities that resulted from his team’s calculations: “We had the option to either rig the speakers from the ceiling or the pillars, but the first option was quickly rejected for mechanical reasons such as floor vibration and load stress.

“The second option allowed us to define a perimeter diffusion. With this in mind, two proposals were made to Viparis, a sonic diffusion by either 4 clusters (range of 80m and 40m) or 12 clusters (range of 30m). They decided to opt for the latter due to its homogeneity and greater level of intelligibility.” 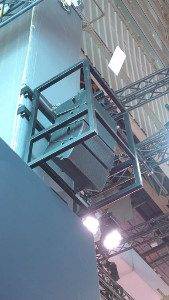 He added: “There were other complexities during the install, such as the requirement to interface with the venue’s fire safety system, while the installation of all the speakers, including hundreds of ceiling ones, was also carried out in a very constrained time and with an empty hall, which complicated the settings.”

On top of the performances offered by the Uniline Compact, APG stood out from the competition by making its resources available to the integrators. Xavier Goffin explains: We really appreciated how reactive and flexible APG were. They provided us with the speakers and configured the Powersoft amps in a record time.”

The new system was inaugurated at one of France’s largest trade fairs, the 2018 Paris Motor Show, which took place in October last year.

With the compliments across the board for the new setup, Hoël-Bâcle reiterated his contentment with both the choice of products by Inytium and the freedom given to him by the client. He said:

“The rigorous engineering work we undertook helped to forge a trusting relationship between us and Viparis.”

“This allowed us to choose the offer that best suited the needs and the constraints of the project, rather than choosing another brand based only on its fame or reputation. We couldn’t be happier with the result.” 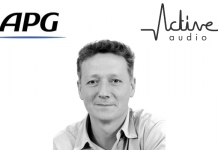 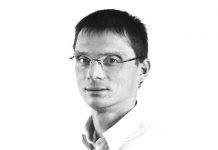