Home Features Andy Marken's Column 5G Technology Roll-Out is Finally Underway
Share on Facebook
Tweet on Twitter
Cleaning up last minute details before Christmas and CES we were in a big box hardware store to pick something up and as “everyone” does, we checked our smartphone to connect with their WiFi.

Had we searched a little more, we probably could have connected with a toaster. And that’s just a sample of how connected we’re going to be … soon.

The promise of 5G and its companion WiFi6 that Qualcomm, Ericsson and others began talking about five years ago is “almost” here.

To get to this point, Qualcomm has invested nearly $50B in advanced wireless initiatives. The other key providers (Ericsson, Nokia, Cisco and others) have also invested an equal sum to get 5G, WiFi 6 and Millimeter Wave solutions (the 5G family) to the point where it will meet the world’s growing dependence on connectivity/data everywhere – on the road, in buildings, everywhere.

In two years, it is projected that:
– 3% of global mobile devices/connections will be 5G-capable
– There will be nearly 549 million public Wi-Fi hotspots
– 22% of global Internet traffic will come from mobile
– 80% of data traffic will be video

In fact, Cisco estimates a compound annual growth rate of 36% for mobile traffic through 2022.

By 2024, it’s estimated that:
– mobile data traffic will increase by a factor of 5
– 25% of traffic will be carried on 5G networks

By 2025, almost everyone, everything in the world will be wirelessly connected.

If the 5G family is so vital to global business/communications and the benefits so obvious, why will it take so long to be everywhere?

Full 5G deployment (small cells, mmWave) just in the US is estimated to cost as much as $275B over the next seven years and similar levels of investment in the other 194 countries around the globe.

It’s no wonder AT&T got creative with their 5Ge (eventually) service and encouraging you to get your $1K+ phone before the supply runs out, billing folks for new ‘bonus’ data programs they didn’t order, and slowed unlimited data plans.

But because global connectivity is important, Alphabet (Google) has undertaken Project Loon,

balloons in the atmosphere which each deliver millions of square miles of coverage.

At the same time a number of firms including OneWeb, SpaceX, Blue Orion and others have gotten involved in a space race to place thousands of communications satellites in the stratosphere.

OneWeb is scheduled to put in place a constellation of 2K+ satellites that founder Greg Wyler says will provide 5G download speeds to everyone.

As though he doesn’t have enough on his plate, Elon Musk’s SpaceX has begun launching a constellation of over 30,000 satellites called Starlink which he says will deliver global gigabit connection speeds at near-zero costs.

Perhaps a little more modest in their program, Jeff Bezos’ Blue Origin space venture is deploying a constellation of 3,236 satellites to provide broadband to the unserved, underserved communities around the world.

Taking communications service to even greater heights, Boeing will be launching their O3B (Other 3 Billion) mPower network for anyone who was missed.

Keeping their feet on the ground, Qualcomm’s VP of Engineering and head of wireless R&D John Smee, said his organization’s focus has been to develop end-to-end solutions that would work reliably and economically in all kinds of environments around the globe on a broad range of wired and wireless spectrum configurations.

The result is a framework that is flexible and scalable for any present and foreseeable future application.

A key priority has been Internet of Things (IoT) and Industry 4.0.

Smart manufacturing, working on the go and smart cities are all areas that will receive a significant boost from 5G.

Qualcomm senior director Ben Timmons recently said that over time he believes the most important 5G transformations will come in these key areas.

“There is an extraordinary complexity of the way in which communications and networking technology is used in pretty much any enterprise application that you can think of,” he noted. “Even in a straightforward kind of way it will have a dramatic impact that today we can only imagine.”

He noted that 5G communications the potential that has to make, “massive productivity gains in a complex industry” as industries and companies increase the use of robotics in key areas to provide huge savings across the board.

“The edge-cloud is milliseconds from the device,” he noted. “It’s the capability of the cloud, but closer to the device.”

“Private networks would not want all that data going to the cloud,” he added.

By 2024, the company estimates that there will be 4.1 billion cellular IoT connections.

Officials noted that they will not be specific to one region or industry – they’re emerging everywhere.

While the transportation industry is eagerly awaiting complete 5G deployment for self-driving trucks and autos, they have been working closely with major chip manufacturers including ARM and Nvidia to refine and perfect AI-based hardware/software autonomous solutions.

All of the participants emphasize that privacy and security are the prime concern with tomorrow’s vehicles but that autonomous vehicles are inevitable.

They are vital to reduce road/street congestion, more efficiently use vehicles and reduce environmental impact.

But companies in the industry must ensure their autonomous vehicles have basic operational capabilities prior to public testing.

“The Uber pedestrian fatality was very unfortunate and the details surrounding the incident indicate that Uber should have been, and could have been, more responsible with its testing program,” he noted. “Being able to recognize and avoid pedestrians, even those walking a bicycle, is a capability the company should have ensured its vehicles had before testing them on public roads.”

The larger challenge the automotive industry faces, however, is dealing with the increasing number of auto-related fatalities.

Worldwide, these figures are actually low compared to the total number of deaths. The World Health Organization (WHO) estimates deaths in the U.S. of 4.7 per 100,000 people, but that Russia and China have death rates of nearly 19 per 100,000 by comparison. WHO estimates even higher rates in other parts of the world. This is an urgent issue that autonomous vehicles could someday positively impact.

“Despite setbacks, though, the industry is consistently learning and making progress,” Basich said. “One thing to keep in mind when considering how safe autonomous vehicles need to be before the industry deploys them in large numbers is whether they will be able to reduce the number of auto-related injuries and fatalities. Will they be perfectly safe, with zero incidents?

That’s doubtful, since these are machines ultimately built by people, and we all know we’re not perfect.”

Basich added, “But in the next decade or so, though, I believe the industry will make meaningful progress toward building autonomous vehicles that are able to operate safely in many on-road conditions and ultimately reduce the number of auto-related deaths around the globe.”

Vehicles will ultimately be able to safely, reliably communicate between each other to stay ahead of traffic conditions and potential hazards.

The objective for all of the participants is to reduce time and fuel used to go from point A to point B. Vehicles will communicate between each other as ell as roadside devices for instant and continuous updates rather than being processed by remote servers.

The objective of in-vehicle processing is to enable the car/truck to anticipate environmental and human hazards when sharing data with other cars than it can gather on its own.

The C-V2X technology will enable better navigation decisions, saving time, fuel, and lives in the process.

Vehicles will probably be able to tell each other where the potholes are but at least for the time being maintenance crews will have to stay busy maintaining and upgrading our streets, roads.

Who knows, maybe if enough trucks, cars call in the problems they’ll be fixed sooner?

But the most interest for the 5G technology is with smartphone technology, and consumers upgrading to 5G devices.

The large ecosystem today is still based on smartphones and once the technology is working in smartphones executives say it will be easy to leverage it into the next generation of products.

And as we’ve seen with the early device announcements making them economic has been a challenge.

But with 5G/WiFi 6 devices people will have consistent connectivity anywhere – in a crowded sports arena, coffee shop or busy street corner.

Industry executives note that with the high-speed people will be able to enjoy VR/AR experiences as well as gaming in real-time.

Thanks to the high bandwidth offered with both 5G and WiFi 6, users will be able to enjoy 8K videos at standard (30fps) frame rates later this year and mmWave 56 will deliver 120fps 8K video content with 10-bit colour.

The technology will deliver sub-16ms lag for 4K, 60fps streaming.

McLennan added that “the consistently smooth, high-definition streaming will enable OTT services to efficiently stream content to users across multiple devices and outlets, helping to reduce security concerns of the underlying code or assets.”

“The user will feel as though the content resides directly on the device rather than being delivered from a distant server,” he explained. 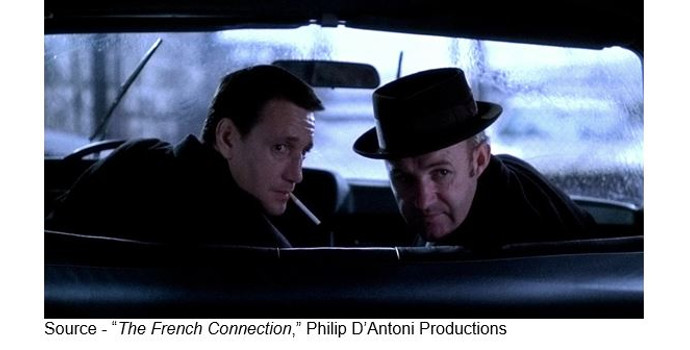 There’s a lot riding on the features and benefits of the 5G/WiFi 6 technologies.

Now, all someone has to do is deliver for businesses, industries and consumers because all of us agree with Buddy “Cloudy” Russo, “Pay attention, we’re gonna ask questions later!” 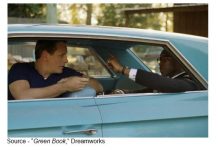 Tomorrow’s Car, Mobile Streaming are about Data, not Technology 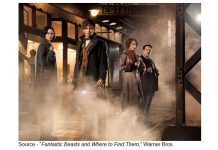