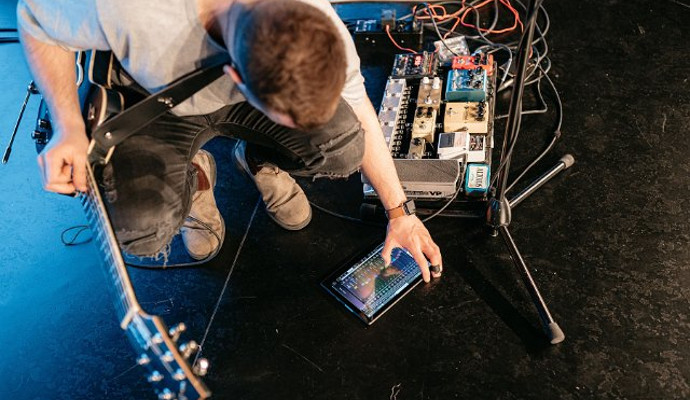 Christian Life Assembly (CLA) in Canada has grown in leaps and bounds since its humble beginning in 1937 as a sidewalk Sunday School. First moving into a tiny hall, then a succession of larger buildings as the church attracted more congregants. 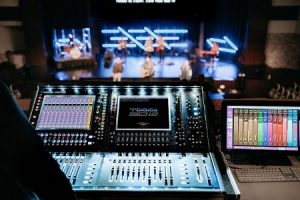 The worship center at the Langley Campus, built in 1978, was expanded to hold 2,000 churchgoers in 2008 during renovations that also readied CLA for multimedia technology.

Most recently, the church has taken its audio technology to the next level with a new DiGiCo SD12 digital mixing console at front-of-house and a KLANG immersive IEM mixing system, all specified and integrated by Ellis Pro Media of Tacoma, Washington.

“The SD12 has been super-flexible for anything we have wanted to do,” said CLA Assistant Technical Director Will Lee. “I haven’t had a situation where I’ve thought, ‘I wish the SD12 did such-and-such.’

“Any situation we think up, the board can handle it, and I’m very happy with that.”

The new system further includes 4 x KLANG:vier units, which support individual In-Ear mixes for up to five musicians each, and a KLANG:quelle, which offers four channels of Dante-enabled digital-to-analog conversion and high-quality headphone amplifiers.

The system at CLA interfaces with the SD12 via a Ferrofish A32 Dante 32×32 AD/DA converter but could alternatively be linked using an optional DiGiCo Dante interface card. 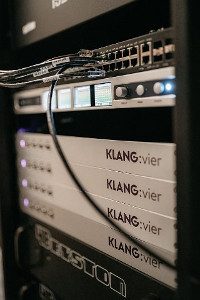 Lee, who is also a FOH engineer, generates the 24 channels feeding the KLANG system for the church’s contemporary praise band using a combination of SD12 resources, including the Copy Audio function in the router.

“We use aux sends from our board and combine, say, ‘kick in’ and ‘kick out’ into one kick auxiliary channel. Same with snares, overheads and toms; we group them together, so drums take up three channels instead of eight.”

“So I’m pulling from groups, from auxiliary channels and from Copy Audio direct outs on the SD12,” he said.

The musicians can each control the input levels and immersive spatial positioning of their individual IEM mixes using one of the church’s ten Android tablets or, more usually, his or her own smartphone loaded with the KLANG:app.

“They’re basically using the KLANG:app to create space in their mixes. Things that are stereo sound really big.” If anyone needs assistance, Lee can access any mix on his computer and help position the sound sources for maximum effect, he said.

The church’s musicians generally use Shure Sound Isolating earphones, he added. Those who prefer custom ear molds source them from Vancouver-based 64 Audio.

CLA also rents the auditorium, which can be combined with an adjacent overspill space, for outside events and makes the in-house technology, including the KLANG system, available to visitors.

“At first, they’re surprised by how it works and that it’s right there on their phone or one of our tablets,” said Lee.

The app’s graphic interface shows a representation of the user’s head and the available input sources, so operation of the system is intuitive, he said.

“I don’t have to explain much—here are your channels, here’s your head, let’s place everything around your head. They’ve been enjoying it.”

“KLANG was my first introduction to using Dante and Dante Controller, setting static IP addresses and all that. It was a lot at first but now it makes a lot more sense. It’s important to be mindful of how networks and wireless spaces work. It requires thinking in that dimension as well as thinking in the audio dimension.”

“That has stretched me, because I come from an audio background. It’s been a nice introduction, because audio is trending toward breaching the IT space,” he noted.

Services are live streamed to the Internet using a feed from the DiGiCo desk. “That was an interesting challenge to solve,” he reported. “We are sending our master out and also room and ambient mics, so I mapped out the signal paths and calculated the delay from the mains to the room mics.”

“I’m able to send one mono signal out to our live stream that has all the delay compensation in it. It took a while to figure out the physics, but it works great.”

The roadmap for future upgrades is beginning to take shape, said Lee, and will likely include a networked audio system based on DiGiCo 4REA4 components and an Optocore ring to distribute worship services and sound sources to other chapels and overspill areas in the building.

“We’ve been really happy with our DiGiCo-KLANG ecosystem so far, and we look forward to adopting more of their technologies as we continue to improve the overall worship experience here for our members and guests.” 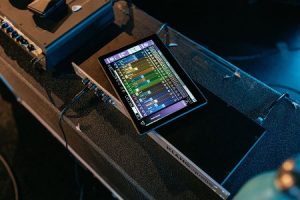 “Being a house of worship, a lot of our technical endeavours depend on the kind dedication of volunteers,” he added.

“This means that, at the end of the day, even if products have all the bells and whistles, if they can’t be navigated by an end user that is volunteering a few hours a week, it is no good to us. In fact, a product like this would be detrimental to our productions.”

“This is why DiGiCo and KLANG have been such a pleasant surprise. They are high-level technical products, loaded with features and used by industry professionals everywhere, but the signal paths and functions are laid out logically in ways that are easy to navigate for even an intermediately skilled volunteer.”

“That is my greatest praise for these products. They have the end user in mind. They are not technical bottlenecks in our projects; they are creative doorways that allow us to think big.”